Well, when it comes down to it, I’m not convinced that Simon and Garfunkel knew all that much about zoos. . . Reproductive behavior may back up the claim that hamsters turn on frequently, but giraffes seem pretty sincere to me, and elephants are anything but dumb. 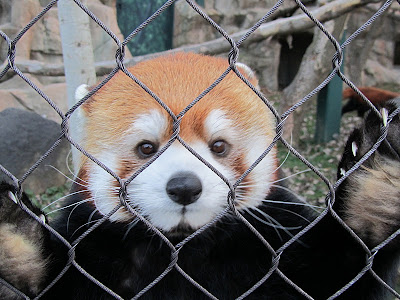 I do not say “zoo” as if they are all created equal, for of course they are not. I say zoo because for me, there is really just one zoo. Little ol’ Henry Vilas Zoo, frequent backdrop of my childhood. Vilas is a small neighborhood zoo in Madison, one of only a few free zoos in the country. My grandpa used to take me there as a little girl for free Shriner camel rides on Sunday mornings. We’d stand in line until some old guy in a fez tossed me up on a dromedary as it ambled by in a well-worn circle. I’d pretty much never set foot in a church in those days, and this seemed like a totally reasonable worship-substitute.

He took my mom there when she was little, too, to visit the elephants. Back in the 60’s area children collected spare change for months, eventually raising enough money to buy Winkie, a replacement for the beloved Annie the elephant who died a couple of years prior of a foot infection. Winkie was well-loved and received many gifts, including a twenty-pound birthday cake every year. Then one day she grabbed a popcorn-wielding girl, pulled her through the bars, and stomped her to death. My mom remembers that happening. Apparently Vilas also housed the notorious Susie the Smoking Simian around that time. She was a rhesus monkey who picked up a bad smoking habit from her previous private owners, and generous zoo patrons were kind enough keep her well-supplied with cigs. So, yeah. Quality. 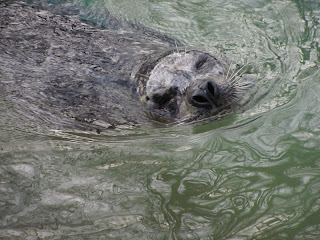 Then in elementary and middle school I used to take my little sister there. One summer I think we walked to the zoo almost every day. Our house was close enough to hear the lions roaring for their dinner on quiet afternoons. I’d push Isa in her stroller up the hill, through the shady oak park with the mermaid fountain, through the back gates. I’d save some of our snack money to buy her those toxic animal statues pressed in wax that smelled like hot crayons. Once we got one of every color balloon, probably to milk them for helium later.

In the winter my family would walk to the frozen lagoon to ice skate, and when the ice was thick enough you could skate over and climb up the snowbanks to the goat enclosure. In college I observed animals there for ethology classes, watched them pace. Once I called out to a lone badger, and she called back, and we talked that way for a long time. The zoo was where it was at. 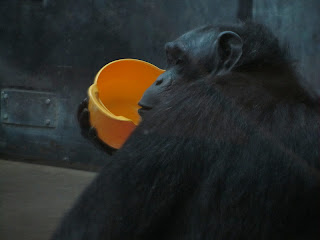 So when I was in Madison for a few days last week, roaming around town alone and on foot, I decided it was time to visit my old zoo. Mid-afternoon but already dusky, breath steaming in the cold air, hands wrapped around a cup of peppermint tea, I pushed through the gates framed by a bright welcome sign.

The place was all but deserted . . . somehow the absence of so many small, grubby hands and frazzled parents left the space heavy with a sense of both pathos and peace. Vilas has improved their enclosures tremendously over the last ten years, (and no smoking monkeys in sight!), but even with the changes, it still felt like a time warp. I quietly watched the chimps from behind a fake plastic plant, crouched on the thin carpet. I waited for the tiger. I winked at the seals. I pressed my palm flat against the glass while a pair of otters zoomed passed in a swirl of bubbles, diving again and again. 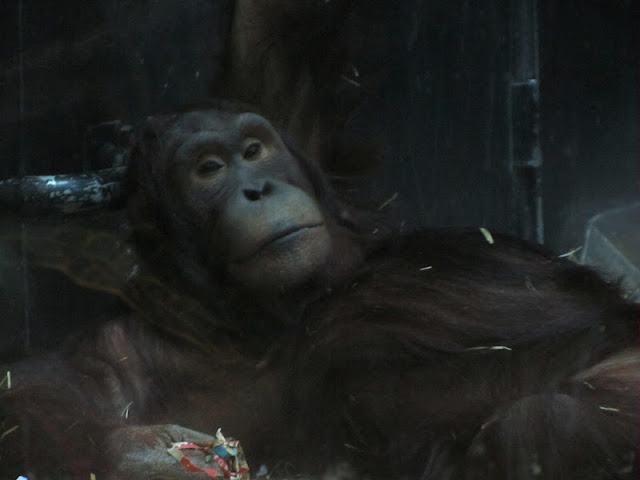 I am not advocating for zoos here, nor am I condemning them. Vilas is sad for all of the obvious reasons, but it still has value. It still means something to me. After years of studying animals in their natural environments, it does make it even harder to look at the zoo residents. And yet, sometimes when I am out there in the wild, following tracks in the mud or shivering from the cold leaching through an icy metal scope, I do think about my old zoo. And I can’t help but wonder if part of the reason I am who and where I am today doesn’t have at least a little something to do with the zoo.

Don’t stop ’till you get enough:
If you’ve got a little spare time, perhaps while baking dove-shaped sundries, listen to this interesting Radio Lab Podcast about zoos. Learn about zoo history and reform, and how even small improvements to enclosures can get animals’ brain synapses to bloom significantly in just a few weeks.

And if you have more than a little spare time, peep these thought-provoking essays from Orion Magazine about a conflicted orangutan and a brainy octopus.

And then watch this short and moving video about Isa Leshko’s work photographing Elderly Animals.

This entry was posted in Uncategorized and tagged animals, random, travel. Bookmark the permalink.

One response to “Zebras Are Reactionaries”