Posted on February 13, 2013 | Leave a comment
Well, technically you wouldn’t call a sea turtle a terrapin, but tell that to Jerry. One of the best things we did on Grand Cayman was visit The Cayman Turtle Farm, a premiere breeding center for endangered green sea turtles. Chelonia mydas are dubbed green not for their outer color, but rather because the fat layer beneath their shell is green. For my part, let the record state I am uncertain if that means sort of a dull mossy green, or a bright, ectoplasm-type hue. Their range circles the globe in tropical and sub-tropical waters. 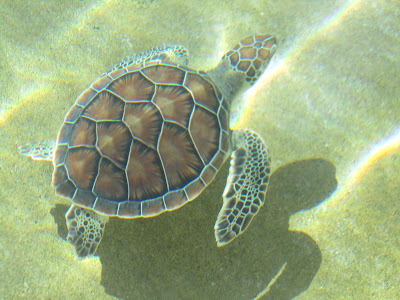 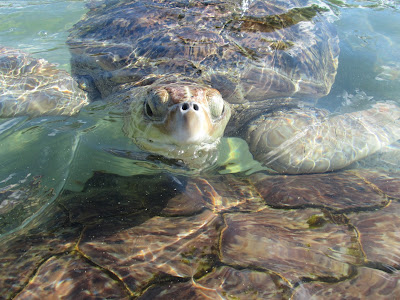 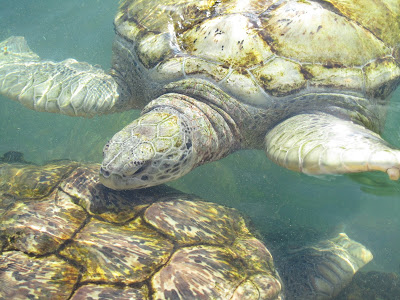 After incubating for a couple of months, tiny, adorable, bite-sized little baby turtles hatch in their sand pits and crawl their way to the sea. They are, as you may expect, extremely vulnerable to predators during the first several months of their lives, and get no help from mama, because she hit the road as soon as she buried her clutch. It is sad, but no surprise then, that only about one percent of the little turtlets make it to adulthood. This fact, combined with shoreline development (habitat loss), fishing net interference, predation (human and non-human), and the ill-effects of chemical pollution has served in securing the green sea turtle a spot on the Endangered Species list. In 2007 the green was also granted international protection under CITES. 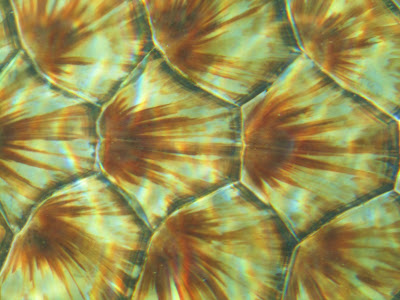 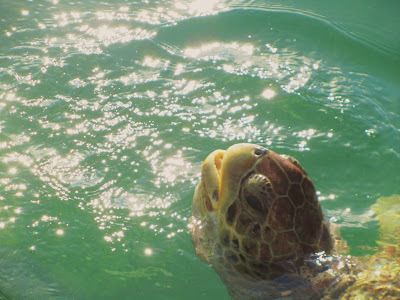 Since its inception in 1968, the Cayman Turtle Farm has bred and released over 31,000 yearling turtles into the wild, and is the first facility to successfully release second generation greens (those bred, laid, hatched, and reared in captivity). Last year the center released the first of its satellite-tagged turtles, and now monitors individual movements via space technology and wizardry. 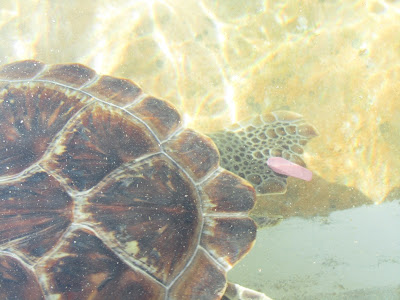 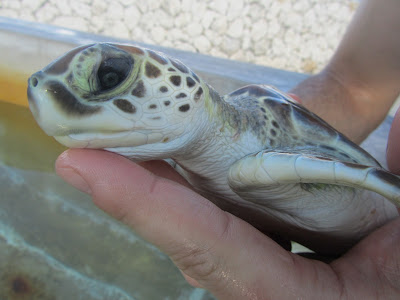 It is an incredible feeling to take a yearling in hand. Their shell pattern is delicate and unbelievable bright and crisp, a sunburst or seed husk painted on with a thin brush. Their front flippers are surprisingly strong, and tug at fingers hooked in armpits. You can soothe them with a gentle stroke of the chin. Mostly they casually drift around through the water, but are capable of zooming off at 30mph when they want a change of scenery. 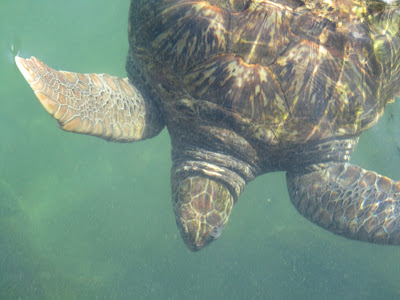 They are impossible not to root for.

This entry was posted in Uncategorized and tagged animals, Caymans, nature. Bookmark the permalink.