1. The Orphan Master’s Son, by Adam Johnson.
Look, I don’t know exactly how accurate Johnson’s take on life in North Korea is, but lordy, even if it’s only half-true, this tale puts your own little problems into perspective, because, to put it frankly, shit is whack. This is a really good book. So good it won the Pulitzer last year.  Don’t think it is about an orphanage, though. Yes, the

main character is an orphan, but as we watch him grow he evolves (?) from army tunnel-fighter to kidnapper to spy to sailor to hero to attaché to prisoner to General to traitor and back to hero, though none of these designations would garner a unified definition. The mere fact that he could live through so many incarnations in a country of such brainwashed, soul-crushing limitations makes you wonder if he might be the son of some lesser god. So epic is his life he’d easily hold his own at dinner with Achilles or Hercules. Meanwhile the Dear Leader is presented as the most ridiculous of dictators and jumpsuit-enthusiasts. Cruel and childish, as bizarre as his  30 Rock avatar, yet so much like that titular orphan master, deciding who among an entire country will get dinner, and who will starve.
Or worse. Read it!

**Also, if you’re into it, check out The Rumpus interview with the author here.

2. The Brief and Wondrous Life of Oscar Wao, by Junot Diaz.
Another fabulous Pulitzer-winning book. Title character Oscar is a hopelessly shy, obese, sci-fi loving, Dominican-American hermit virgin, which is apparently such an oxymoronic definition that people frequently question his ethnicity. Always poignant, the book is also really funny. Oscar reflects in part Diaz’s nerdy, literary chops, and I enjoyed his digressions into comic book and Tolkien-talk. But really the book is half coming-of-age story, half historic /magical realist account of  a multi-generational family’s (and a whole country’s) subjugation to the curse of another brutal dictator, Rafael Trujilo.

“At first glance, he was just your typical Latin American caudillo, but his power was terminal in ways that few historians or writers have ever truly captured or, I would argue, imagined. He was our Sauron, our Arawn, our Darkseid, our Once and Future Dictator.”

3. Seating Arrangements, by Maggie Shipstead.
If disenfranchised countries, dictators, and tales of woe aren’t your bag, and you’re more in the mood to feel superior to the pastel- and loafer-clad WASP culture of old money New England, then check out the smartly written Seating Arrangements. Here you can read about how the 1 percent prepare for a wedding, battle break-ups and mid-life crises, cook lobster, play tennis, and try to secure membership into exclusive clubs, all while wearing those pink khaki shorts with little whales embroidered on them and swilling iced Tanqueray and tonic.

4. A Visit from the Goon Squad, by Jennifer Egan.
Goon Squad is a sharp, detailed and dark semi-satirical novel, or perhaps really just a tightly bound collection of overlapping short stories (sometimes it is hard to differentiate the two) in part based in the music industry, and threaded through with loss, longing, and the hauntings of youth. The stories span a forty-year period as we watch over a dozen characters taking their narrative turns, coming together, blowing apart, and just sort of bumping into each other in time and space. If you’re not so into sex, drugs, and rock and roll, this might not be your book, but Egan writes with a beautiful, insightful edge, and it is a pleasure to move through her sentences.

“There are so many ways to go wrong. All we’ve got are metaphors, and they’re never exactly right. You can never just Say. The. Thing.” 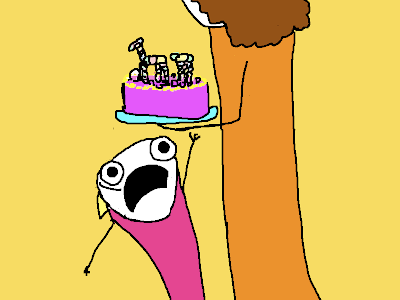 5. Hyperbole and a Half, by Allie Brosh.
If you haven’t seen Brosh’s exceptional blog, pay it a visit. Like, now. This graphic novel is, I believe, mostly a collection of her best posts. Many times while reading it I laughed out loud to the point of tears and concerned looks from the dog–not just from the hilariously, even grotesque illustrations, but also from the insight into the author’s head. Don’t be fooled by the rough drawings–this book is very brave, and brutally honest. I loved the silly stories about her childhood sugar addiction and ridiculous dogs as much as the serious ones about her earnest struggles with crippling depression. I’m already looking forward to reading it again. 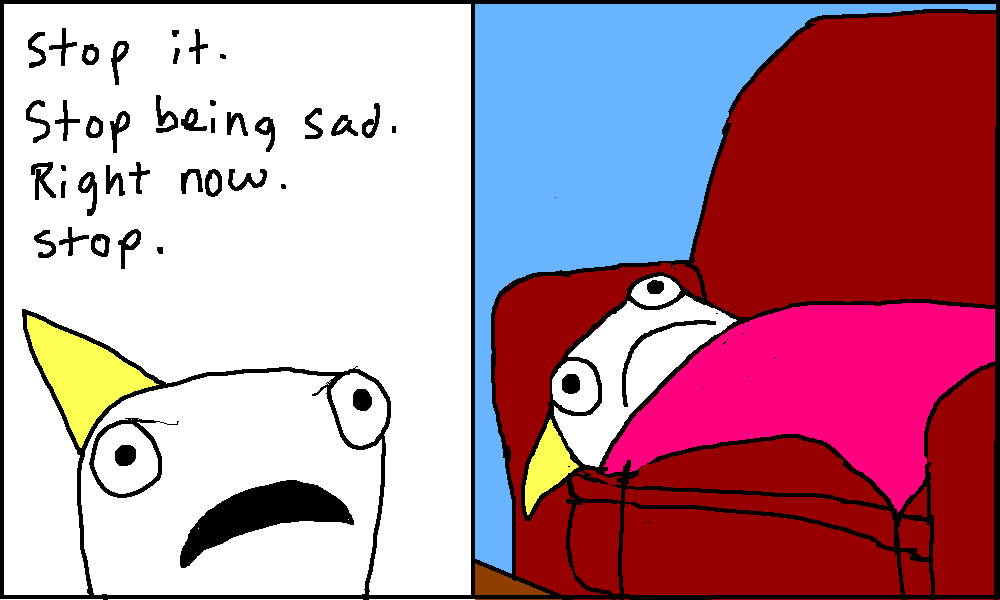 This entry was posted in Uncategorized and tagged badassery, book review, like, recommendation. Bookmark the permalink.