“Oh, better, no doubt, is a dinner of herbs, When seasoned by love, which no rancor disturbs, And sweetened by all that is sweetest in life, Than turbot, bisque, ortolans, eaten with strife.”
– Edward G. Bulwer-Lytton

This week finds me at the House of Herbs farm in Featherston, a little town southeast of Wellington. As you might expect, they grow herbs. Culinary herbs. Andrew and Mary’s one-and-a-half acre property is divided by great Rosemary bushes which cut the land like hedgerows and smell amazing. Lavender, airy fennel, thyme, oregano, sage, stiff bay leaves, shady mint, happy chamomile. Herbs strike me as a humble, but beautiful thing to grow. Maybe it is because they are not essential for sustenance, but because they make life so much sweeter…whether through fragrance, flavoring, or healing. It feels good and right to be surrounded by them. Every glass of water I drink here holds a green sprig. We have been building a big, open-aired shade house for seedlings and potted plants. My arms are happily sore from digging post holes and lifting beams. 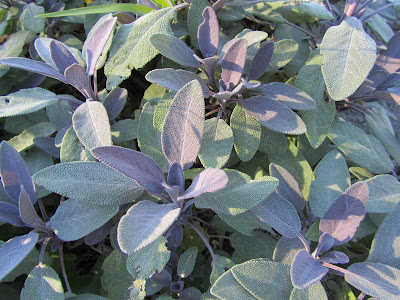 Roll call:
– dogs Sparky, a young and fiesty terrier mix, and Abby, a lithe black lab
– Ming, the ginger cream cat with suspicious eyes
– bunnies Rabbity, a shy lop, and newcomer Thumper, a large handsome stray
– Ingrid, the black goat with a broken horn and a saddle-shaped tumor on her spine
– two inredibly old and arthritic sheep, Alice and Gandy
– Billie Jean (not my love), the gray donkey who sounds like she is positively grieving when she brays to beg for newly plucked weeds
– a host of chickens, geese, and ducks
– a budgie who rings a shiny bell
– and a little mouse called Lightning

**incidentally, if you don’t know what an Ortolan is…it is a small, now increasingly rare song bird which the Frenchies used to capture, keep in a dark room until it gorged itself, then kill it by drowning it in brandy before roasting it and eating it whole. Yeah. I think I will take the herbs.