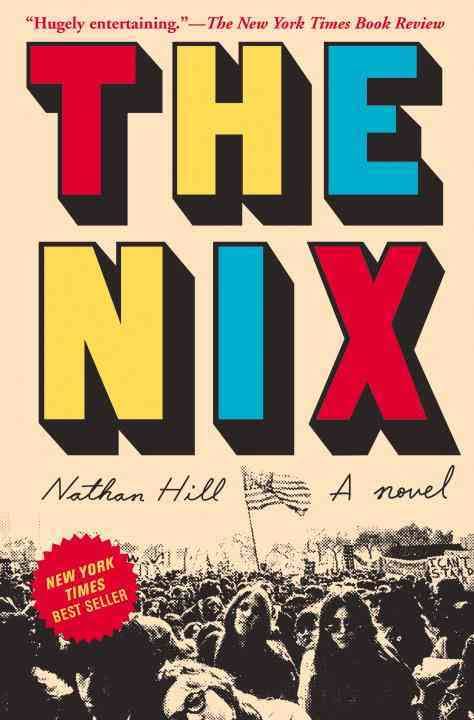 The Nix, by Nathan Hill.
I think the general thought about this big American novel is that it’s author is about to be really famous. And with good reason.

2. Gentleman of the Road, by Michael Chabon.
This little tale of two unlikely grifters traveling the Silk Road is exuberant. I can practically picture Chabon reveling in the zip and twirl of his euphoric language like a dog  rolling in the sunny grass. I’ll let The Times give you the gist.

3. The Roundhouse, by Louise Erdrich.
I love Louise Erdrich and the rich border communities she creates between time, space, and generations of intersecting families on and off reservations in Minnesota and North Dakota. Roundhouse is part coming-of-age, part mystery, centering around a family left drifting after a mother’s brutal rape. The book may have less magical realism than some of her other novels, but the devastation, the complicated relationships, the humor and heart are all there, singing.

4. You Don’t Have to Say You Love Me, and The Absolutely True Diary of a Part-Time Indian, by Sherman Alexie.
I recommend listening to Sherman read his new memoir/tribute to/exorcism of his late mother and the complicated relationship they shared. It’s honest and tragic and hopeful, and being Sherman, often hilarious, and there’s something about hearing it told in his own voice that makes it all the more moving. People have called him brave for writing it, and you can tell it was a necessary, but exhausting task… a processing that has not ended. As soon as I finished I picked up his award-winning young adult novel, and it was interesting to see how the autobiographical parts were rendered into a kind of fiction.

5. River Teeth, by David James Duncan.
A poignant mix of short stories and personal essays, brief remembrances and thoughtful musings, often funny, always artful. For anyone who has ever lost someone and waded through eddies of swirling grief, “The Mickey Mantle Koan” is essential reading.

6. East of Eden, by John Steinbeck.
So I finally read it. And yes, it’s pretty great, even though parts of it scared the shit out of me now that I have two sons, and really don’t want to see any Cain and Abel action broiling in years to come. And even though the only memorable female character was a dead-eyed sociopath, I was deeply moved by the concept of Timshel and a person’s struggle for meaning and good work and free will. And I wish Lee lived in my house. Thou mayest.

7. Theft By Finding, 1977-2002, by David Sedaris.
Unlike his previous books of polished essays, Theft By Finding is a collection of fragment observations taken from a 25-year-goldmine of old journal entries (most of them pre-fame). At first I missed the structure and arc of his traditional essays, but soon enough appreciated these random gems for what they were. Sedaris has always had a knack for noticing weird things and getting himself into bizarre interactions with odd people, which is reliably entertaining. The entries also helped clear up some questions I’ve wondered about related to his personal timeline. Anyway, I’ll probably continue to read anything this guy writes, forever.

This entry was posted in Uncategorized and tagged recommendation. Bookmark the permalink.