Ever wonder what it would feel like to hold a five-foot animate chicken cutlet? Curious about what an animal with a kisser like vacuum might look like? Want a little magic in your life? Fear no danger? Like getting mobbed by moving pancakes underwater? Appreciate flatness? Then I highly recommend you find a boat and make a sojourn to Stingray City, where the sea puppies live, and all your weirdo dreams can come true. I know mine did. 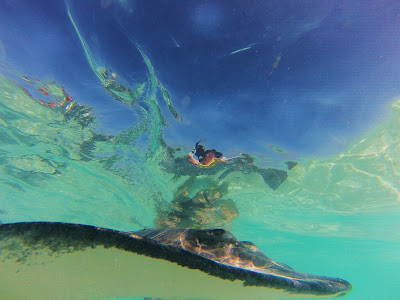 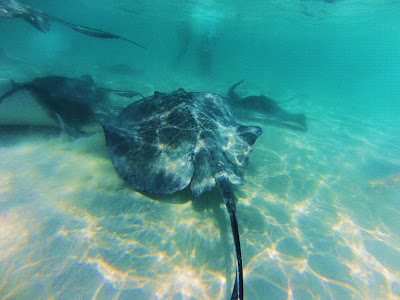 Southern stingrays (Dasyatis americana) can be found elegantly gliding around the ocean floor in tropical and subtropical waters from Jersey to Brazil. Their pectorals fins stretch out like stealth wings, trailing long, barbed tails behind. Diamond-shaped, their dorsal side is olive-hued and rough like a fleshy sandpaper, while their underbellies are a smooth, soft white. Their namesake stinger barb is tucked in about half way down their slim tails, and while its venom is not fatal to humans, a poke would sting like all hell. (Incidentally, Steven Irwin’s fatal heart-sting freak accident was not at the fins of a southern ray.) 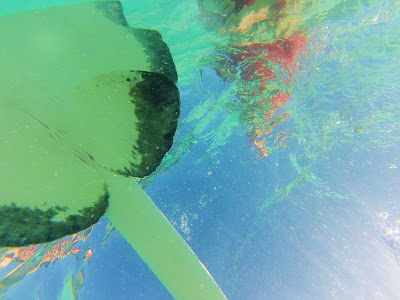 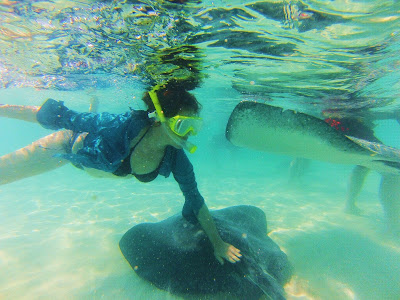 This genial lot of wild rays hangs out at a large, naturally-occurring sandbar within a huge salt-water lagoon on the island’s northwestern end, walled in by the barrier reef that rings the whole island. Apparently these usually solitary creatures cued in to a free meal years ago when they realized fisherfolk came to these shallow waters to clean their fish and toss the delicious guts overboard. And before you knew it hungry rays were coming out to the sound of boat engines like a flock of pancakes looking of syrup. Shortly there after, industrious humans realized they could make a buck by bringing animal-crazed tourists out to feed (mmm, calamari), pet, and generally love up on the now quite tame rays, and in the process make my decade. 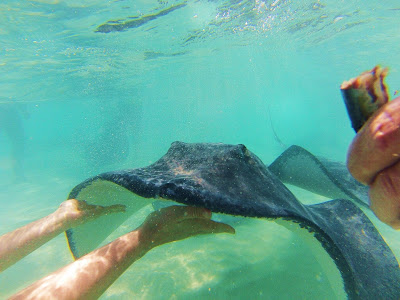 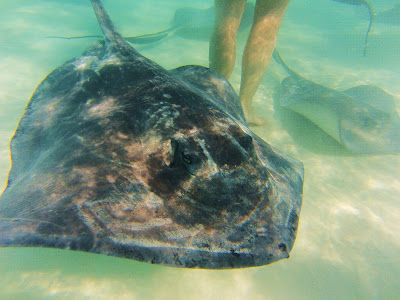 Some of the rays have been coming around for years, like Rebecca, the biggest, oldest female, and Stumpy, who lost her tail, and Scarface of the distinct features… And when these gentle creatures whimple by, grazing your knee-backs and ruffling over your shoulders to hoover at the fish in your hand, you will not be able to cease laughing like a happy maniac, and you will fervently wish you were a mermaid just so you could keep one as a friend. 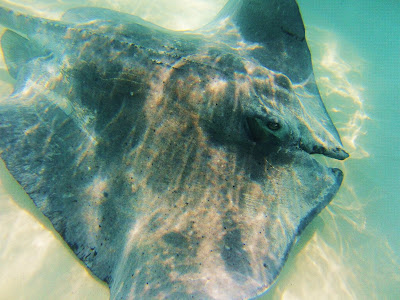 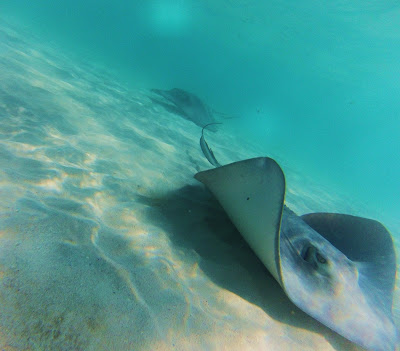